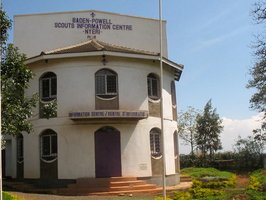 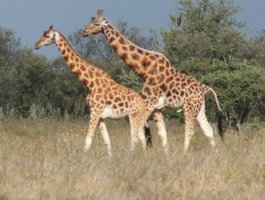 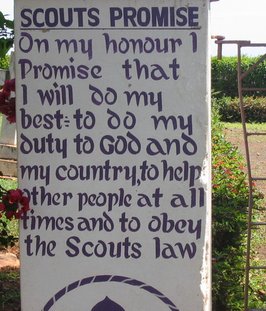 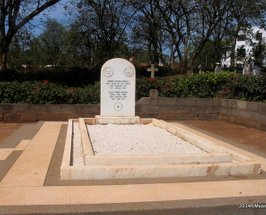 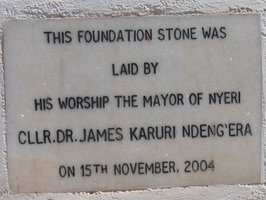 Flamingo Safari assist you in making your own personal safari trip, especially tailored your needs and wishes.

On this safari you meet local scouts in Kenya. From Nairobi you travel through rich farm land to Outspan Hotel. This hotel in fact is part of the Scouting history, as it lies in the same area where the founder of the Scout movement lived and died. He is also buried here and has got his graveyard and monument. His gravestone bears a circle with a dot in the centre which is the trail sign for “I have gone Home”. The tour also takes you to Nakuru where you will stay in tents in the private farm doing Scout activities. One day you visit Lake Nakuru National Park where you will be greeted by flocks of flamingos and other wildlife animals.

THE SAFARI DAY BY DAY

On arrival you will be met by your safari driver and be transferred to your Guest House. Rest up to lunchtime. In the afternoon excursion in Nairobi and visit to Giraffe Manor, Karen Blixen and Kazuri beads factory.

After breakfast you drive to Kawangware Lutheran Church and meet Paul and Douglas. They will be your guides today and take you on a walking-tour in the slum. Safety is well taken care of in this kind of tours.

On this tour you will meet other scout boys and girls in one of the schools in Kawangware. Lunch at 4 u restaurant, while The Conquerors band entertain you with traditional Kenyan music. Paul and Douglas are members of The Conquerors.

Today we drive from Scripture Mission through town of Thika to Outspan Hotel in Nyeri town. It is in this town where the founder of the scout movement lived.

The East Africa scout movement was found in 1910 and became a member of the world organization of the Scout movement in 1964, as per 2008 report it has 261 786 members. In 1937 Robert Baden Powell  (the founder of the Scout movement) and his wife Olave visited Kenya on the way to South Africa. They spent time in Nyeri near Mount Kenya where his former personal secretary Eric Sherbroke walker ran a Hotel. They returned in 1937 and at the end of 1938 he and Olave retired to Paxtu cottage built especially for them at Nyeri. Lord and lady Baden Powell lived there until his death on 8th January 1941 and buried at Nyeri. His gravestone  bears a circle  with a dot in the centre which is the trail sign for “I have gone Home”. Lady Baden Powell moved back to England after the death of her husband, but when she died, she was buried beside Lord Baden Powell.

Baden Powell’s Paxtu cottage now a small museum stands on the ground of the Outspan Hotel for years it served as a WAGGOS world centre. After lunch is excursion to the Lord Baden Powell grave yard and meet scout boy and girl.

After breakfast we drive to Nakuru via Thomson falls. We will stop at the falls for you to take some photos before we proceed to Nakuru town. Today our accommodation is going to be in tents in a private farm ideal for scout activities.

Today we are going to have a full day in the park. We will have lunch in the wilderness.

Lake Nakuru is a very shallow strongly alkaline lake 62 kmsq. It is set in a picturesque landscape of surrounding woodland and grassland next to Nakuru town. The landscape includes areas of mash and grasslands alternating with rocky cliffs and outcrops, starches of acacia woodland and rocky hill sides covered with a Euphobia forest on the eastern perimeter. The Lake Nakuru was first gazetted as a bird sanctuary in 1960 and upgraded to National Park status in 1968. A northern extension was added to the park in 1974 and the lake was designated as a Ramsar site  in 1990. The foundation of the park food chains is the cyanophyte spiruline platensis which can support huge numbers of Great and Lesser flamingo and other water birds numbering about 450 species in total. Mammals 56 different species including black and white rhino.

Today is the day we are going to mix up with other scout groups from the area. It is a day full of different scout activities and exchange of experience.

Today is the last day on this safari and we are going to drive back to Nairobi. From Nakuru to Nairobi the drive is going to take 4 to 5 hrs in a distance of 160 km. At one point we will drive through escarpment on Italian road, which was built in 1942 by prisoners of 2nd world War. We will stop at one point to capture good Rift Valley photos then proceed and drive back to Nairobi arriving good time for lunch. Depending on your departure time, you may require day room at Scripture Mission before you are transferred to the International Airport for your departure flight back home.

FLAMINGOZONE TOURS AND SAFARI WISHES YOU A SAFE FLIGHT BACK HOME